Steel Patch, Cobb Warehouse, Third Floor, 2006.Around 3,000 female employees of Liggett & Myers, nearly all African-American, would strip the stems from tobacco leaves by hand inside Cobb Warehouse. It was a seasonal task, starting in September and continuing into the next year. They would wear blue dress uniforms, and when the whistle blew, would file out and walk two by two up the sidewalk to the Five Points neighborhood. "The sidewalk just about turned blue," said former employee Charlie Bock. In the second half of the 20th century, the task was automated and stems would be saved to be incorporated into the final smoking tobacco blend. 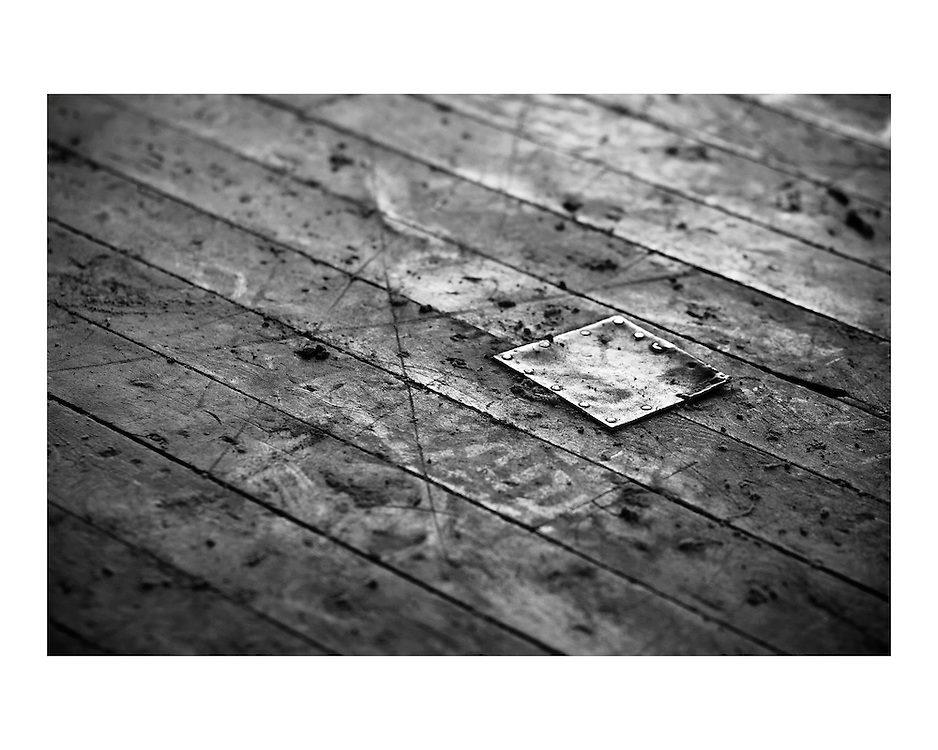