Colorful dresses worn by the indigenous population of Ayacucho, Peru (lat -13.1548°, long -74.2044°, Altitude: 9,202 Feet), and the surrounding countryside in the South-Central sierra of the Andes are on display at the mercado (main market), Wednesday morning, May 14, 2008. ?The most recent statistics on Peru's indigenous population date back to a 1993 census, according to which the country was home to just under nine million indigenous people, nearly all of whom lived in the highlands. The great majority of native people in Peru are Quechua, while around seven percent are Aymara and two percent belong to Amazon jungle groups? - (http://ipsnews.net/news.asp?idnews=35058#share). 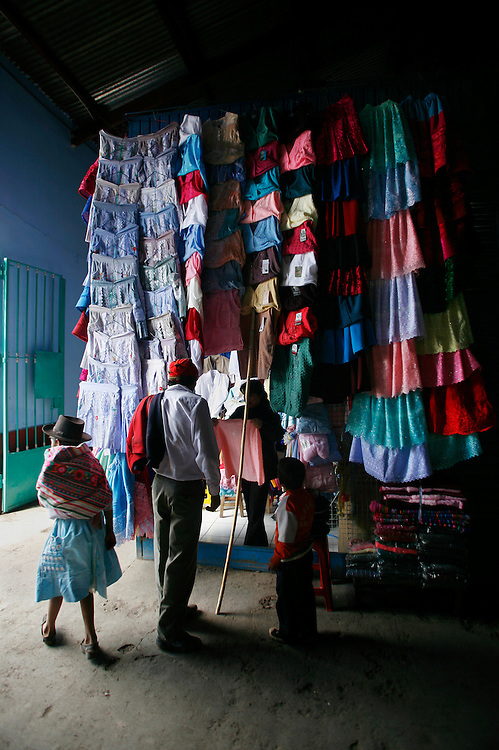